At CES 2012 (Consumer Electronics Show), along with many products to be unveiled, Windows 8 was one to grab attention. Microsoft officials gave some clues and hints about next Windows 8 operating system in their Keynote which may answer some of your queries. 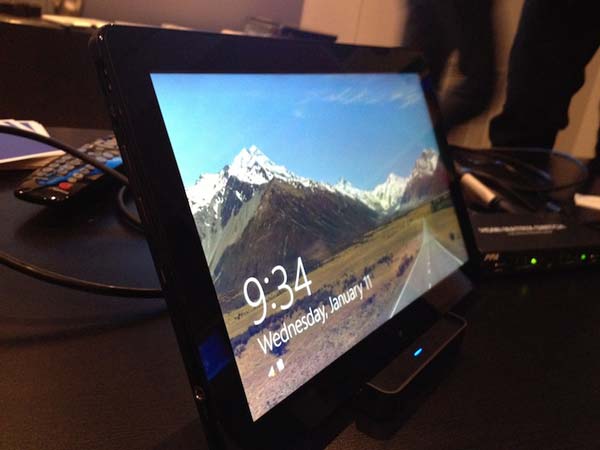 Availability of the beta

Surprisingly, they didn’t mention it clearly in their keynote, but will be available in late February for public. No release dates for final version have been announced, but if you follow the steps that were taken during Windows 7 launch, we could have it officially later this year.

Application stores are making the leap from mobile to Desktop. Some Linux distributions already have in a while and after the Mac App Store, a direct descendant of the success of Windows Phone Marketplace. And the truth is that it looks pretty good, although the distribution and operation of the store is not anything different than what we have seen.

As the selection process will not be as strict and absurd as in case of Apple but not so light nor unconcerned as Google Android. The developer will provide tools to check if your application passes the filters of the Store or not. Finally, applications will have a trial version that can be used before purchasing the full version, and differs from the Lite and Free versions.

When I tested the Developer Preview, performance wasn’t the thing we looked for, we looked at the ideas that Microsoft had entered into the system. At CES 2012, when Windows 8 was demonstrated, performance was much better.  In addition it shows a clear polished animations, transitions, and overall appearance, the Metro interface gives a very particular taste but apart from that is that the system is also quite nice, is in fact the first Windows I can say fully satisfies me in that aspect.

It was one of the features presented in the keynote and one of the most convinced me. In Windows Phone, where the whole system is of grids (or ‘ tiles ‘), it is often found uncomfortable to find something when list of applications installed is big.

Semantic Zoom is more usually assocaited with optical zoom, is used to switch between different view of the same data. Because a pinch is conceptually a zoom operation, this is most typically used for switching from a more detailed view to a summary, or top-level view.

Any computer running Windows 7 can run Windows 8, though not yet know at what level this transition will occur given that running is not the same. In any case, it is a point that since Microsoft is putting enough emphasis, to reduce fragmentation as much as possible and therefore compatibility must be taken into account.

I saw this feature as well and is one of the most talked about Windows 8, but will work only on tablets. With this, we can unlock the device by drawing patterns on the wallpaper.

Above points mentioned are my personal contribution compiled from what I read about the Windows 8 Keynote at CES 2012, happening at Las Vegas. Though, I am more convinced with the operating system as of now, but things will be more clear when I actually get to test Windows 8 in February.

So, just wait for the Beta release and stay tuned with us to get more Windows 8 News Updates.

I’m looking forward for Windows 8, the interface looked like Windows 7 mobile thing, and it looks good compared to others.

Yes dude you are right. Me too installed it. Very nice one.