Microsoft began release of its first major update for Windows Phone 7 called NoDo (which is said to be No Donut as related to Android). This update includes Copy-Paste which was much missed since its launch.

Other innovations included are better search options in the Marketplace of apps and music (for example, now we click the search button while we are exploring applications, applications will only appear in the results) and better performance games and applications open and switched on the phone.

When will I receive NoDo update on my WP7 Device?

Note that, Microsoft didn’t fulfill their promise to deliver this update directly to customers instead will be passed on carriers.

Microsoft has given some dates on their site according to device you own. For US residents: Check dates here. 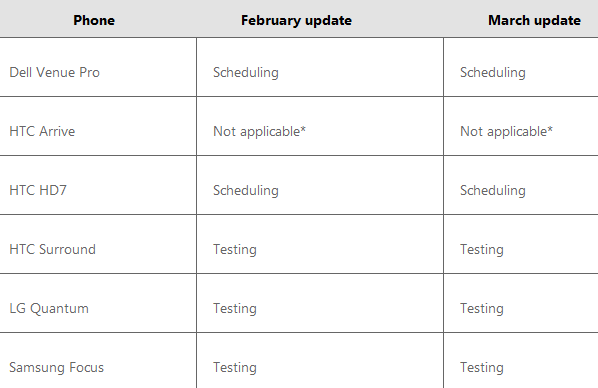 It was time they rolled out this update. A smartphone without copy/paste!?