Droid Razr is NOT World’s Thinnest Phone, Alcatel One Touch Idol Ultra Is

Alcatel One Touch Idol Ultra, which is being exhibited at CES 2013 claims to be the World’s thinnest Smartphone. I remember the controversy when iPhone 5 (7.6mm) was launched and claimed to be thinnest. But, it was soon proven wrong by Verizone’s Motorola Droid Razr which was just 7.1 mm thick followed by Oppo Find 5 of 6.9 mm thickness. Close competition, huh?

Now, Alacatel has went far slim and announced One Touch Idol Ultra which is just 6.45 mm in thickness. And its weight is nearly 119 grams.. you won’t even realize it when its in your pocket. 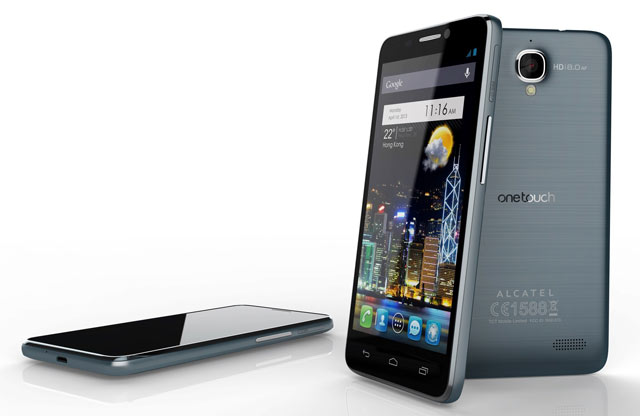 Other highlights of this gadget are: the screen of 4.7 inches AMOLED qHD Display (960×540 pixels), a dual-core processor clocked at 1.2 GHz, 512 MB of RAM and an 8 megapixel rear camera and 1.3 megapixel on front. The device runs Android 4.1, better known as Jelly Bean, and features a large variety of colors.

Don’t know what does it means for Motorola or Apple but it has surely hurt the feelings of ZTE who also announced their phone to be thinnest smartphone. ZTE Grand S is the name of phone unveiled at CES 2013 and company claimed their 6.9 mm thick device to be thinnest in the world.

That’s a difference of merely a half millimeter. And that makes ZTE Grand S to be second thinnest phone in the world.

Rumor says that Huawei is also planning to announce the world’s thinnest smartphone during this CES. Let’s see what they have to be served.

I really don’t know when did the race became to produce the thinnest phones. Do you really care about the thickness of a phone while purchasing?

No i don’t really think abt d thickness of my cell..i just look 4 good screen nd durability of the cell phone

thickness really doesn’t matter. what it matters is the features, user friendlyness, and the most important as per me is its processing.. it should respond quickly to touch.

Exactly Himanshu, Even I think Slimness of phone is just a fashion factor and nothing else.

THICKNESS OF PHONE REALLY DOES’NT MATTER, PROVIDED IT IS COMFORTABLE TO HOLD AND PROVIDES SUFFICIENT GRIP.