Ever since Google acquired YouTube it has grown by leaps and bounds and nowadays it has upwards of a billion unique visitors each and every month who watch over 6 billion of hours of videos.

In short it is the platform to distribute video content, but because of the sheer number of videos out there – competition is definitely high.

If you want to prepare awesome videos that are going to get noticed when you upload them to YouTube, it is going to take more than just blind luck. While it is easy enough to record videos nowadays using the digital cameras, camcorders or even the cameras on smartphones – the tricky part is taking that footage and turning it into a polished and awesome-looking video. That will require video editing, and as you’ll soon see Movavi Video Editor is the perfect tool for the task. 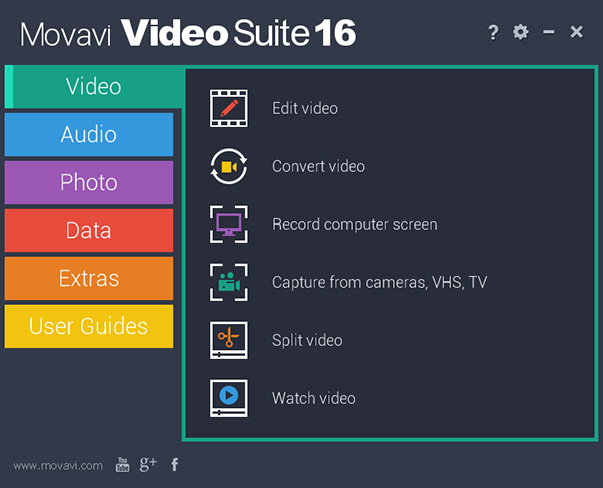 When you initially record video footage, odds are it will be far from perfect. Some parts may be shaky or blurry, or may even deviate from the script or plan that you had in mind. Because of that the first step in preparing any video is to process the raw footage, and that normally entails several different areas:

The quality of video footage can be affected by multiple factors, such as the lighting, focus, movement of the camera, and so on. Within Movavi Video Editor you can directly manipulate the color settings and improve the quality of your videos, or fix most common issues such as blurry, interlaced, or shaky footage.

Some of the raw footage that you record may be completely unusable, in which case it would be best to trim it out completely. To do that you can use Movavi Video Editor and split your video into segments and then just select and delete any parts of your video that you don’t need.

Most videos are rarely shot in a single take, and generally involve multiple shorter clips being stitched together. That can be done quite easily in Movavi Video Editor, as all you need to do is add videos and then arrange the sequence in which they appear by dragging them into place. It is worth noting that this can also be used to re-record certain segments that you may have trimmed because they were unusable, and re-insert them into the video.

By the time you’re done processing your video in this fashion, you should have a ‘final cut’ of sorts that has the shape and form of the video that you require. While technically you could upload it to YouTube, if you want it to really stand out you should use Movavi Video Editor to edit it a bit more. 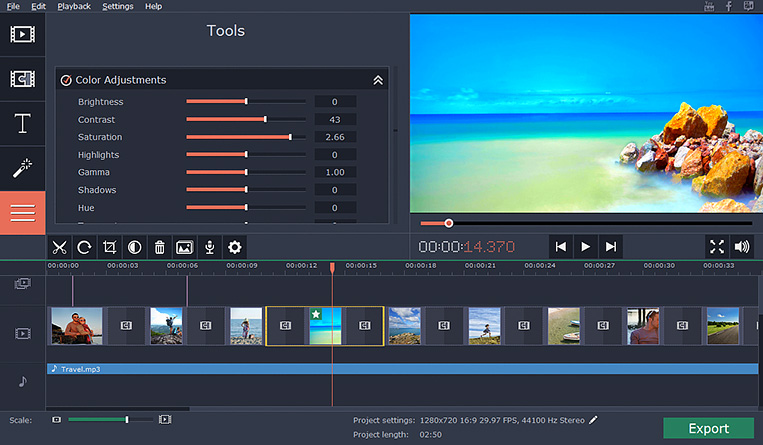 Polishing and Adding Flair to a Video

To help your video get attention, you should give it some flair and make it as polished as possible. As you can probably imagine there are a number of ways that this can be done, such as by:

By adding audio tracks to your video, you can include background music as well as a voiceover to narrate the video. While you may have recorded a voiceover as part of your original video, recording it separately in high quality and adding it later is often a good idea. In Movavi Video Editor you can add any audio file into your audio track, or use one of the built-in tracks as background music. While you’re at it you could also adjust the audio levels, normalize the sound, and remove background noises too.

If you want to stylize your video and alter its visual appearance then your best bet is to make use of filters and special effects. There are numerous types of filters and effects in Movavi Video Editor, ranging from simple filters that will give your video a unique atmosphere to more advanced effects such as ‘green screen’, or slow motion video effects. Additionally it has a wide selection of animated transitions that you can place between scenes to connect them to one another more seamlessly.

It is easy to underestimate the value of captions and other text elements, but something as simple as adding subtitles will often give your video a professional sheen. With Movavi Video Editor you can insert text elements and fully customize their style and appearance so that they can act as captions, titles, watermarks, subtitles or anything else you require.

Needless to say there are a number of other improvements that you could perform on your videos with Movavi Video Editor but that should cover most of the bases and allow you to give it the kind of flair and polish that is perfect for YouTube. It is worth remembering that as much as flair can help a video attract attention, it should be tasteful – otherwise it might repel viewers instead.

Once you are satisfied with your video, all that remains is to save it in a format of your choosing and upload it to YouTube. It may surprise you but Movavi Video Editor can help in that regard as well, as it has a library of presets that will automatically optimize your videos for specific devices or platforms – including those that cater to YouTube. As such, all you really need to do is pick the YouTube preset that applies to your video and let it handle the rest.

As you can see it is easy to prepare videos for YouTube with the help of Movavi Video Editor, and if you’re interested you should certainly check it out at their official site. Now that you know the approach to use, you should be able to quickly familiarize yourself with its features and use them to good effect.