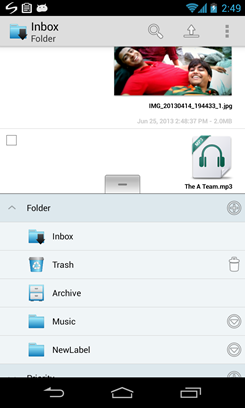 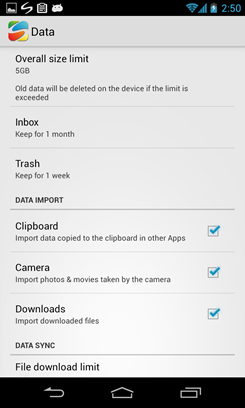 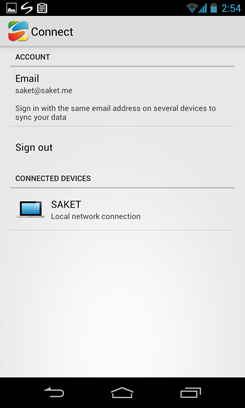 No words better than these two can describe Scatter, a new application that lets you sync files between Android, Windows, iOS and Mac. While such apps have existed for long, none of them provide a cross-platform support so wide and work so seamlessly (can’t stress this word enough) like Scatter does.

Simply press Ctrl+C on Windows to copy a file and Scatter will make it available on your other connected device(s) faster than you reach them. Be it a photograph, a document, a website URL or even your clipboard content, Scatter handles it all auto-magically. 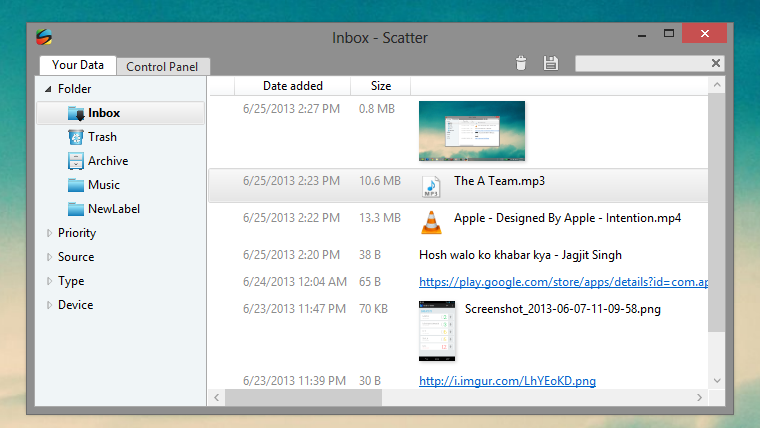 A sense of Scatter’s ‘it just works’ functionality shows up as soon as you install it on multiple devices. It configures itself automatically and connects all the devices with each other, ready to sync data within seconds.

In its current beta form, there’s not much to talk about Scatter. It works as expected and syncs files nicely, both over cellular data as well as local Wi-Fi network. An option for limiting files based on their sizes is the only configurable setting currently present.

Interestingly, the Android app also lets you automatically backup photographs taken by the phone’s camera and thus, Scatter can also be used like a photo backup service.

A big factor behind Scatter’s efficiency is its method of checking for updates and syncing them. Unlike other apps that regularly poll for updates, Scatter checks for events for triggering the synchronization functionality. For instance, it syncs your clipboard content on Windows as soon as you copy something, instead of checking for file updates to sync them every few minutes. As a result, it is much faster and syncs are instant.

Next, to sync (or “scatter”) data across devices, Scatter uses peer-to-peer syncing technology and does not rely on the internet if the devices are on the same network, unlike Dropbox, Drive and other popular cloud storage products. This is also the same technology behind the BitTorrent protocol, the most widely used protocol for sharing files on the internet.

And it’ll also be a crime to complain about a product that is currently under development. 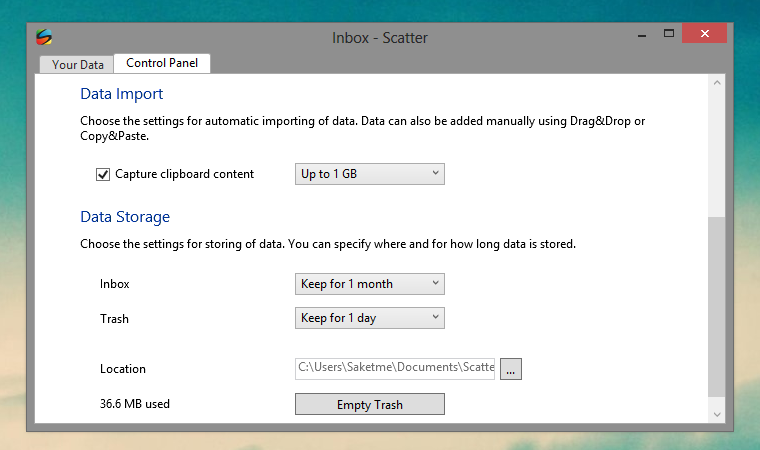 In its current form, Scatter doesn’t provide much control to the user apart from, as mentioned earlier, limiting transfer of files based on their sizes.

The biggest feature that we found to be missing in Scatter was a better file filtering system. Since Scatter relies on the frequently used ‘Copy’ event on Windows, one could easily end up accidentally transferring a large set of files to the connected devices without even knowing.

Automatic labelling of files according to their file formats is another feature that I’d like to see in Scatter. And as a person who stores music, photos, and documents in separate folders on my phone, I wish Scatter was also capable of re-routing files to their respective folders.

Lastly, the Android app needs a bit of visual treatment and a few stutters in the User Interface need to be fixed too, but the team is already working on them.

Scatter is currently available for Android and Windows. An iOS version is on its way, awaiting approval by the App Store team and a Mac client is planned for the future too.

Update: The iOS version is out!

Well I can name one problem: Linux Support. It’s not as crazy as it sounds. Copy does Linux, as does SugarSync.

Ah, as a person who has recently switched to Ubuntu, I’m missing Scatter too. I’ve emailed the developers asking if they plan to support Linux in the future, but I’m yet to get any reply.

Will keep you updated!

This app is simply awesome. Its simple to use, fast, and on top of that, its free! Thanks Saket!

Thanks for sharing it. This application is great..

Hey Saket Thanks for the post 🙂 Just downloaded the app and its awesome experience.. Hope you’ll come with more such apps 🙂

Glad you liked it Pritam! You can expect more such apps from us in the future! 😀

While such apps have existed for long, none of them provide a cross-platform support so wide and work so seamlessly (can’t stress this word enough) like Scatter does.

After this message I’m off to download this thanks for the heads up.Very handy