If you are accustomed to Windows interface and miss it while using Ubuntu, Longhorn Linux transformation pack is a project intended to turn Ubuntu to look like Windows Longhorn.

Windows Longhorn was the operating system on which Microsoft began work shortly after the completion of Windows XP . Unfortunately, the project never made it’s debut on the market exactly as intended and ended up on the fact that a few years later we received a system in the form of Windows Vista. 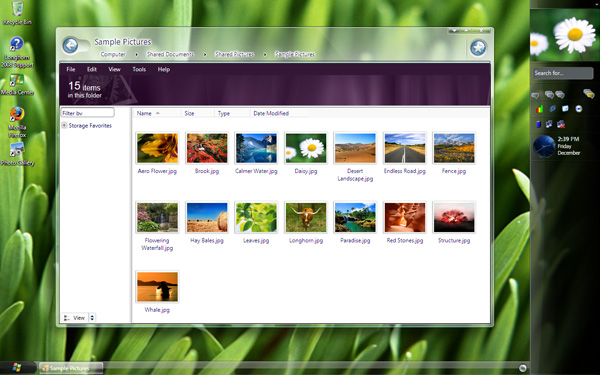 We have already seen how to bring Windows 7 like Taskbar on Ubuntu with Group Tabs and Stacks. Here is something which can completely transform Ubuntu into Windows like interface.

Longhorn Linux Transformation Pack beta is a GUI for Ubuntu, which changes the system interface similar to Windows Longhorn. The project is being developed for many months, but only now jumped into the beta phase. The latest release of Longhorn Linux comes with the installer. Also, introduces Linux Aero Glass Overlay effects and the Windows icons. In addition, you can use the sidebar with gadgets.

How to transform Ubuntu into Windows

Download Longhorn Transformation Pack and extract the ZIP into a folder. Double click on install.sh and choose run in Terminal when prompted.

This will install following applications and themes:

Note: This is still in Beta state and doesn’t guarantee perfect installation. You should install only if you know how to remove installed components afterwards if something goes wrong.