KCleaner: Better Than CCleaner and Sweeps Out 200% More Unwanted Files 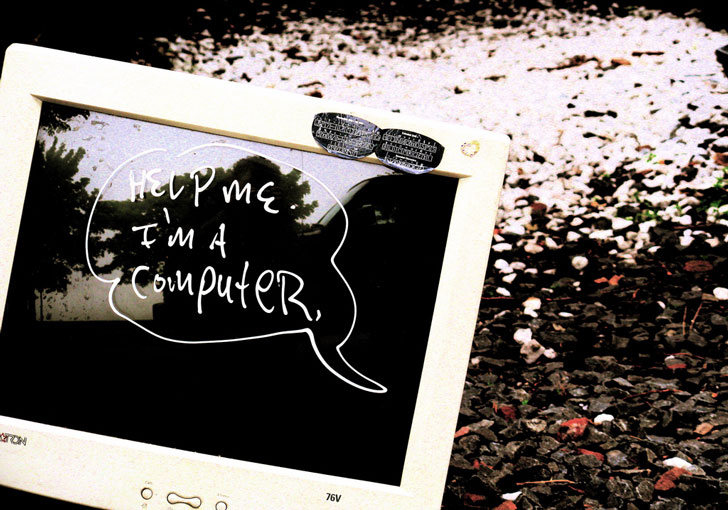 Today, I decided to work from Laptop after a month or so and felt it is now painfully slow (maybe because I am used to working on superfast Desktop Computer). I believed that CCleaner was the best Windows cleaning tool but wanted to try something new. This led to discovery of KCleaner while searching; which on testing proved to be better than CCleaner.

To begin testing, I first cleaned up Hard Drive using CCleaner which freed up 1563 MB. This made easy to compare with other cleaning tools. And KCleaner analysis said that there are 2141 more unwanted file items taking up 841 MB of space still remaining on computer. It means CCleaner left nearly 1GB of garbage uncleaned. 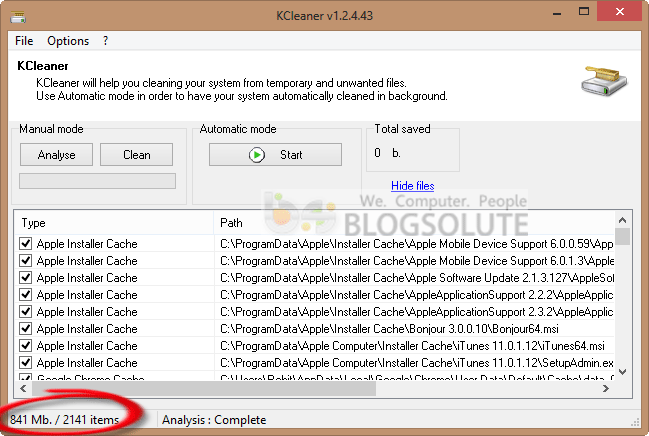 Where does CCleaner fell short? On a broader look, both programs scanned up all possible places for temporary, unwanted files to clean up. But there are some more application specific file types in KCleaner which might be making this difference. They are: Windows Installer Duplicates and Installer Cache of most common programs like Skype, Apple, Sun Java, etc.

Frankly speaking, I was a fan of CCleaner but such a drastic difference has forced me to give a second thought.

In Settings, you can select which filet ypes and locations to be looked up for unwanted items. 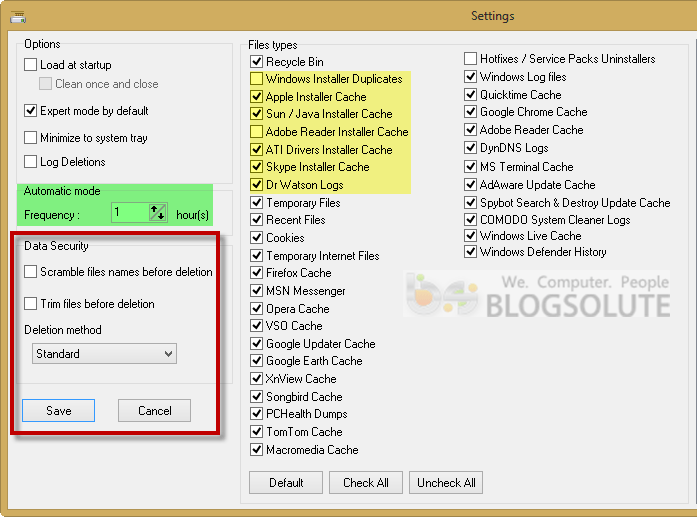 Another feature which makes this cleaner stand out from others is Deletion method. Along with cleaning, software also takes care of Data security and lets you scramble file names or trim files before deletion. Also, it has a support for secured deletion methods like 3 Pass DoD 5220.22-M which erases file from hard drive beyond recovery.

Verdict: I am completely surprised by its working and would recommend it to anyone who is wondering where all HDD space went. Though it doesn’t look good but what it does counts and with time, it will be developed.

Note: You must run the program as Administrator to actually clean out files else it will create just an illusion of erasing them.

I use CCleaner with CCEnhancer from The Web Atom. It takes care of all that KCleaner can do plus much. Going into so many programs (logs, caches, etc.).

Don’t get me wrong KC’s KCleaner is a good programs for novices, but for the experienced users like me I’ll stick with the combination of CCEhancer and CCleaner.

There isn’t any question of Novice or Experienced because both are pretty easy to understand and use.
But I really want to thank for letting me know about CCEnhancer.. I never knew that CCleaner has an addon too for expanding its functionality. Will give it a try.

Hey Rohit,
I am too surprised by your post. I always thought that CCleaner is the best, But after reading your post I am deciding to shoot that uninstall button for it & give a try to KCleaner!

I’m the developper of KCleaner.
Thank you for this very kind review.

Rohit Langde : May i link back on KCleaner’s web page ?

Have you given a look to our other popular freeware : SUMo, IDPhotoStudio,.. ?

Hi Kyle,
I looked out the homepage for other software applications by KCSoftwares. Will try them out soon.
And yeah, It would be pleasure if you link back this review from your site.
Thanks a lot!

Thank a lot Kyle.
Let you know for sure when I test another one 🙂

Yeah! Do you know I need to run CCleaner atleast one time a day (If you know what I mean (-_-) …
Now ! I’ll be using KCleaner undoubtedly !
I totally agree with the point that KCleaner needs to improve at interface 🙂 …
Thanks for the cool review my friend !! 😉

I had been using Windows Washer since almost a decade, and i find it too good as compared to ccleaner, also there is no spyware/malware issue.

Downloaded KCleaner, during custom installation carefully declined everything I could (from what I could tell), but, despite that, still got the predicted Loads of Crapware. No toolbars showed up, and the home page wasn’t changed, but the browser (IE) instantly felt much slower, and a number of key settings were changed. I uninstalled KCleaner and some other program it installed without my knowledge, and ran anti-malware software. It found at least 3 different spyware programs that weren’t there before.

Not cool. I undrestand they have to make a buck, but when a cleaner program installs malware on your system, there is something seriously wrong.

Thank you for your website though, Rohit, pretty helpful sometimes.

I agree with you to some extent, Martin. Program tricks you by taking your approval to install crapware by showing the dialog box as License Agreement. Not easy for everyone and high chances of falling into trap.
Well, I really couldn’t find any change in browser when I installed. Also, I have Kaspersky Internet Security installed on system which couldn’t detect any suspicious file.

Very useful information and thank you.

“There is no uncheck all Button after analyzing of files.”

This is possible by Right Click menu : Uncheck all

Will be improved as per http://www.kcsoftwares.com/bugs/view.php?id=2014

This feature request has been implemented.

KCleaner v2.0 (complete GUI redesign) is on its way !

This may be sound advice but I won’t drop CCleaner and Enhancer.I’m too loyal and stuck in my ways lol. It’s good to have options though. Tbh I’ll use CCleaner a few times a week and once every month if your lucky I’ll use DiskMax ( http://www.koshyjohn.com/software/diskmax/ ) . I’m satisfied 😉

LOL! It’s not just loyalty but also the psychological attachment that gives you guarantee that it will work.
Well, KCleaner is just a suggestion if you want to try out. Else, you are good to go with your existing software tool 🙂