Where to Buy NFC Tags in India for Cheap 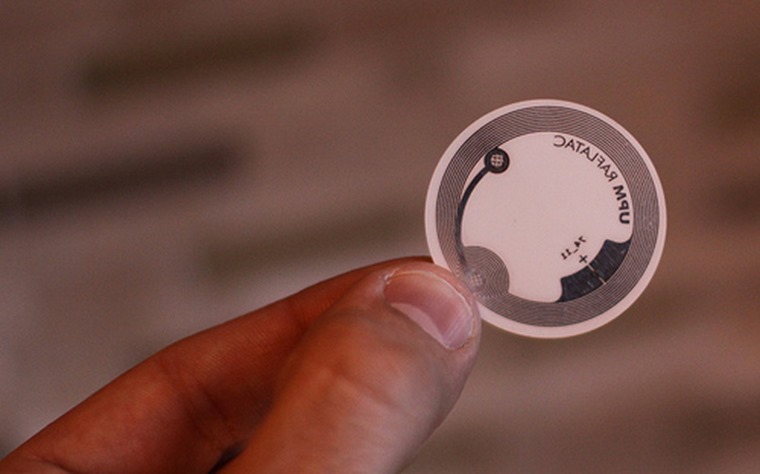 Near Field Communication technology or NFC in short, is one of the coolest additions in smartphones these days, especially Android. One tap and your phone can transfer contacts, files, website URLs, notes, even money and so much more with another NFC enabled device!

These days, NFC tags are available as accessories that can be used for automating tasks in phones / tablets. Some people use it for performing simple tasks like toggling volumes before leaving for classes / meetings while some go a step ahead and automate their whole house with it.

Unfortunately, India isn’t a country where you can find these NFC tags online for cheap and the list of such websites is very short. Even on Ebay, one of the most common marketplace for selling and buying almost anything, NFC tags are being sold at a premium (2x-3x of their original prices).

As a person who was recently on the search for buying tags, here are a few websites that can be trusted for buying NFC tags online in India and that too without burning any holes in your pocket.

According to standards, there are four different variants of NFC tags (Type 1-4) and their compatibility varies with different phones. Furthermore, there are some tags that aren’t even recognized by the NFC Forum. For instance, Mifare Classic 1k NFC Tag is the most commonly available NFC tag available in the market, but it is not supported with the Google Nexus 4, Nexus 10 and several other devices.

So before you start your search for tags, it’s recommended that you first verify your phone’s compatibility with them. To be on the safer side, look for Type 2 NFC tags (NTAG203 for example) as they’re compatible with all NFC capable devices.

Based in Singapore and having operations in India, NearYouTech.com is a site that is solely dedicated to selling NFC tags, stickers and posters online and that too at probably the cheapest rates in India. Having bought a couple of tags from these guys, I highly recommend them. They’ve an excellent customer service team which is always ready to help and also accept returns in case you receive defective NFC tags.

One detail that is missing from their website though is the operating range of their tags i.e., the distance up to which the tags can be read by a device — something which can be very useful to the customers.

The NTAG203 (Type 2) tags which I had ordered from NearYouTech had an operating range of around 1cm.

Next is aTuch, which — as they claim — was the first website to offer NFC tags in India. They not only sell NFC products for personal usages, but also for business solutions. Their catalogue includes NFC tags and stickers (mostly Mifare Ultralight C), nicely designed ready-to-use posters and cloud based solutions for small businesses.

The only problem with aTuch, however, is that they’ve a stock management issue. At the time of compiling this list, they did not have most of their products in stock.

The third website in our list is RFTS (RFID Tags & Services), a company which bring various general purpose and specialty tags from around the globe to India, including NFC tags. It sells Mifare ultralite, Mifare Standard, Mifare Ultralight C and NTAG203 tags.

Among these three net-stores, RFTS has the smallest collection of NFC products of them all (Just 7 at the time of writing this article). And all the listed products are a pack of 5 tags — something that is not stated clearly — for Rs.399. 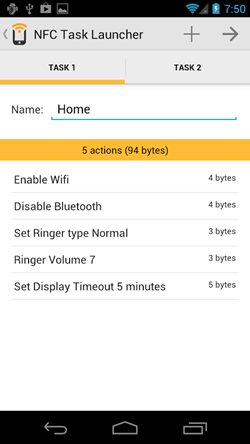 Done ordering NFC tags for your phone or tablet? Cool, now let’s explore apps for putting them to use.

Android users have plenty of apps to choose from for programming NFC tags. My personal favorite is NFC Task Launcher, which is very easy to use and has a plethora of options. TagWriter is another great app, but has lesser options.

The extent of programmability of NFC tags is actually very less than what the various NFC tag writing apps support. For instance, the ‘Speak text when you tap an NFC tag’ feature present in NFC Task Launcher for Android is totally out of bounds for an NFC tag. The app manages to make it possible by assigning the tag an identifiable ID instead of writing the whole data in it and then triggers the text-to-speech module whenever an ID match is found.

This ends the list here. Feel free to send questions (even if they’re stupid) if you have any by submitting a comment.

Is they are useful for Lumia 720 ? is this good spend on it for automation ? I heare that the 1st windows mobile need to unlocked, 2nd receive content & accept 3rd than than NFC trigger setting tiles .

Came across your posting on NFC tags in India. I run a pharma RnD outfit in Hubli and have been looking for a asset management and chemicals inventory solution. Some of the vendors suggest NFC based solutions, while other recommend RFID and 2D Barcode solutions. From what I see on the websites the cost of NFC tags today is slightly more than a RFID (passive) tag. Is it worth looking at NFC for management of 2000 items. Would cost me quite a bit and the read distance too is not much (max a foot?) when compared to RFID?

Which of the three technologies would you suggest for inventory management?

Hello everyone i am selling topaz-512 chips in India.Anyone interested can contact me at tagtapp@gmail.com .I am living in Delhi so if any is interested in testing the feature’s of NFC can contact me.Shipping is free and special offers for bulk quantities.I am also selling NFC Business cards and smarts posters and many other attractive NFC products in INDIA.Feel free to contact me for any query related to NFC
http://www.slideshare.net/krazy123g/life-with-nfce

RFID can be a good solution for any inventory managing needs and asset tracking. Since the NFC implementation on phones, RFID has been made simpler.
A simple inventory solution can be made possible using a NFC mobile phones + RFID Tags + Simple inventory software.