Its an year end and now all antivirus solution manufacturers have their 2013 version in market. New version doesn’t only change number but bring many other changes in product. As you all liked the article about Best Free antivirus 2012, I thought of continuing the legacy.

Among the many free antivirus software available, I shortlisted the popular 6 and compared to decide #1. Tests are conducted in a similar way as in previous comparison of Best Free antivirus 2012. These six antivirus are evaluated for performance, detection capability, features and interface.

I judged the antivirus popularity by their market share (data provided by OPSWAT). Though the image shows all brands but I have considered only the ones which have a fully functional free version of their Antivirus product. 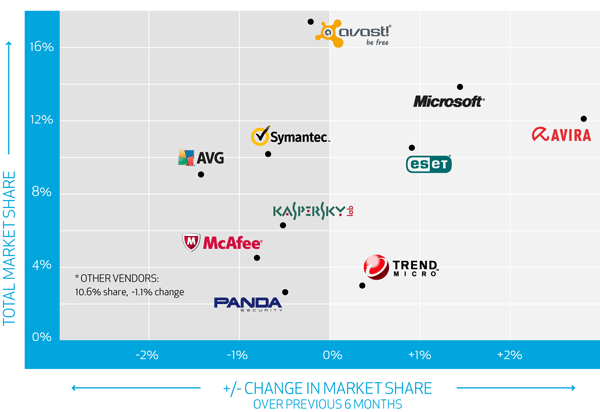 And these six candidates are:

Avast has the highest market share (maximum number of users estimating around 150 million) in the world. It was also declared as the winner of Best free Antivirus 2012. It boasts a usable, uncluttered interface and a set of features that keeps it at the forefront of Windows security. 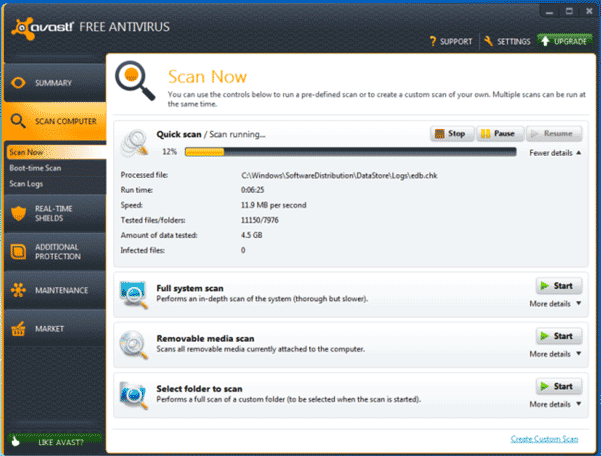 Lately, avast! has suffered a decline in performance, with increasingly slow scans and consumption of resources away from what would be optimal. Maybe after all this time, it is stagnating and need a refresh.

Microsoft’s solution to defend virus attacks on its operating system. It is now branded as Windows defender which comes inbuilt with Windows 8. It ranks second in the market share and the reasons behind that are obvious. 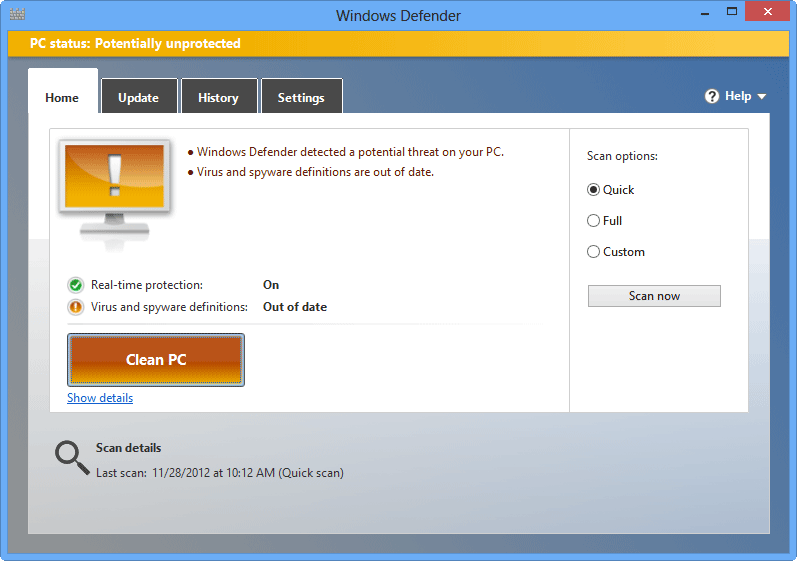 It is  fast and lightweight antivirus, tightly integrated with Windows and offers acceptable detection rates. MSE wants to do its job without getting noticed and that’s the reason I called it Silent Strength.

Last year, Avira focused on a breezy new installation and modernizing its interface, the 2013 version is all about offering competitive and forward-thinking security features. 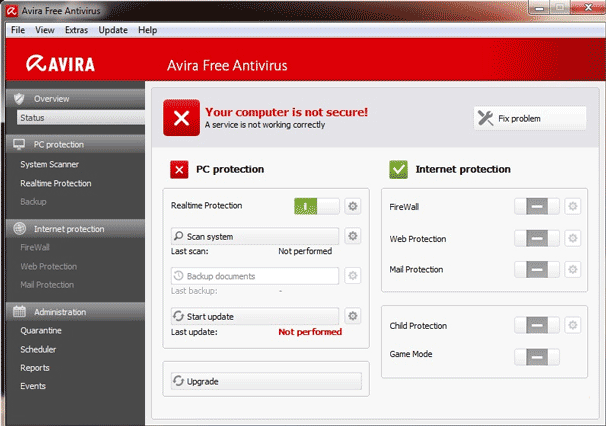 Maybe because of these reasons, there was a rise in market share of Avira.

Version 2013 of AVG Free has new stylish interface matching the Windows 8 Metro. And at the same time, they have incorporated new features for effective virus removal. 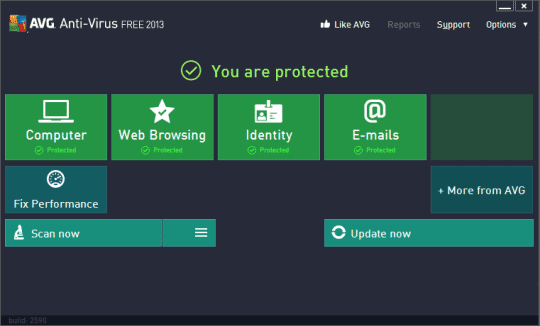 But how effective is AVG Virus detection engine? Detection rate is identical to that of avast!, And its performance is among the best. To this we must add a toolbar to the browser with utilities to protect privacy.

Panda Cloud Antivirus comes with its unique cloud technology. Thanks to which, you get impressive results in detecting new malware and also a light weight antivirus with no issues of regular updating. 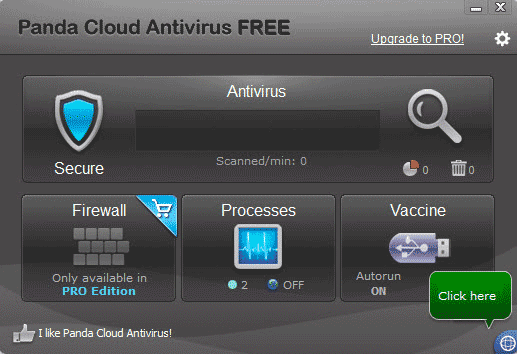 Last year, it was 2nd runner up in competition.

Rookie of the year is Ad-Aware, an old acquaintance who has changed its appearance. It used to be just an anti-spyware but now a promising antivirus, although still very young to fight. 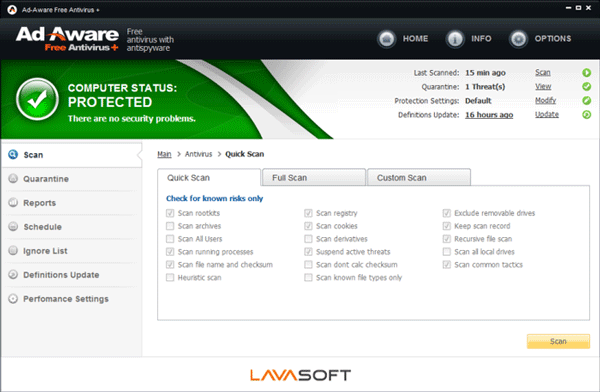 It has one of the most powerful engines on the market (GFI Vipre) in terms of detection, and still has a solid antispyware protection. Limited range of functions could be only negative aspect about this antivirus.

How tests are carried is already explained last year so, I won’t repeat that again. I have taken data from the reports of Virus Bulletin. VB is an independent company carrying out insightful analysis of effectiveness of antivirus software.

Here is a table of results:

The best in terms of detection of viruses and malicious software was Ad-Aware, and right behind that is Panda Cloud and Avira. All programs received more than 9 points except MSE. I am surprised considering that this is Microsoft’s application which integrates effectively with the Windows operating system.

As for the performance of other antivirus, surprisingly, avast! has very bad results. It seems that every year this application is losing to competitors. Even its market share is going down every quarter.

That doesn’t mean avast! is out of competition. It is best in terms of features, options and interface. This makes #1 antivirus of 2012 fall down to third position. 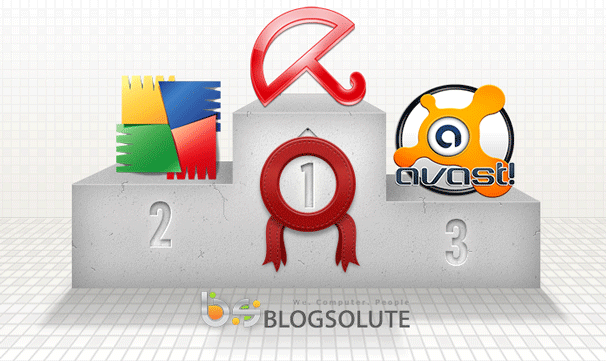 Personally, I don’t rely on Free Antivirus for security of my system instead use Bitdefender which is #1 in Paid antivirus. Stay tuned, I will soon be posting Best Paid Antivirus 2013 too.

Thank you so much Rohit ,it is very usefull

Rohit how did Panda Cloud only receive 2.84 in performance compared
to 9.00 last year. What is the performance test based on?

As mentioned in previous article, Performance is efficiency and speed when antivirus scan files and examine. Data is mainly obtained from Virus Bulletin. You may refer the figure in previous article to know other factors considered.

Does the result include false positive? As the detection measured, false positive is also measured. Some Antivirus will detect the good once and better never say sorry if the important file is lost.

This is cool, thanks. I’m surprised you didn’t mention Unthreat Antivirus, it’s a free antivirus and I’ve been using is for a while now and have been happy with it. I’ve seen pretty good review for it.. Have you ever heard of it?

“I shortlisted the popular 6.. I judged the antivirus popularity by their market share (data provided by OPSWAT). Though the image shows all brands but I have considered only the ones which have a fully functional free version of their Antivirus product.”

You might soon need to reconsider these results. Right before the end of 2012, Bitdefender introduced its English version of Bitdefender Antivirus Free Edition. Although compact and lightweight, it has the same award-winning detection technologies contained in other Bitdefender products. The drawbacks of this initial release are the lack of configuration settings (the program makes all decisions with no user input), some threats are deleted without recovery instead of quarantined, and the inability to exclude files and folders from scanning.

and where is comodo

In my opinion it’s always better to use Microsoft Security Essentials if you are using Windows on your PC. At least for me, it’s the best for Windows.

Hey,
I also use Bitdefender and Its best antivirus solution out there.
But in free ones, I will still recommend Avast!
What do you say?

at first I thought that Avast was a pretty good AV till I switched to MSE and when I ran the full scan with MSE, it scanned a total of 93292 infected files with Win32/Ramnit variants that Avast failed to detect. So I ended up wiping out my entire HDD using Darek’s Boot and Nuke (DBAN) and do a clean re-installation of Windows, and have MSE installed on it for years and have a clean PC since then.

Now, I’m planning in downgrading to Windows XP for personal reason (obviously for faster OS) and I’ve just read the news today that Windows XP will soon be out of support from Microsoft and no more updates for it and so does MSE. I’m a bit hesitant now in installing Windows XP but thinking how it could make your PC run faster than Windows 7 or that buggy Windows 8. I am now searching for a good AV excluding MSE, and Avast…what would be the next lightweight AV?