Although, we are running Windows 64 Bit version but the we are forced to use 32 Bit version of Firefox. This is because Mozilla has no plans around for Firefox 64 Bit for Windows. WaterFox is a Project under Mozilla aiming to develop Firefox x64 bit Windows variant.

Firefox, being opensource, has been exploited and developed by enthusiast especially for the 64 Bit Windows version. They call it Waterfox and claim to be the fastest 64 bit variant of Firefox. It is here from a long time but came to my notice when I saw it on CyberNetNews. 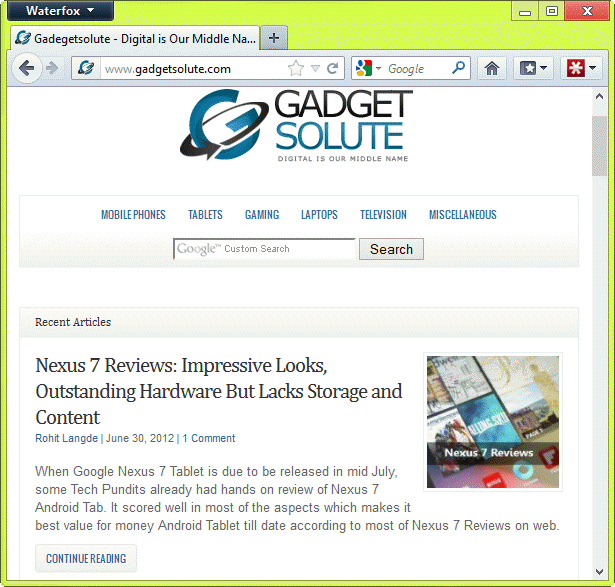 Why Should I Install Firefox 64 Bit

Reason behind using Firefox 64 bit is the reason you chose to install 64 bit version of Windows. Yes, it increases speed performance and offer advantages such as multi-tasking and improved stress handling.

At the time of writing this article, Firefox version 13 is the latest so is the Waterfox. It has similar appearance as Firefox and also the logo is tweaked to look like Firefox button.

When I tried out HTML5 ad Acid 3 Browser test, both showed exactly same results. Reason is simple that both are Firefox except Waterfox is designed for 64 Bit Architecture processor.

Then, I stressed it a bit more using PeaceKeeper Test for Browser which carefully executes tests for each aspect one by one. And Results were surprising, there was a big difference in scores of Firefox 32 vs Firefox 64 Bit. 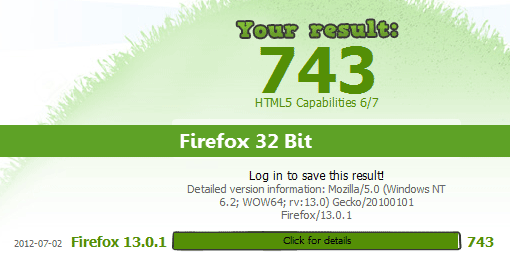 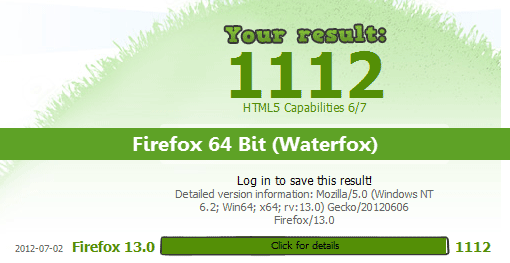 Difference of 369 is a big one. So, no doubt the performance should be remarkable as compared to 32 Bit version of Firefox which you are using currently. 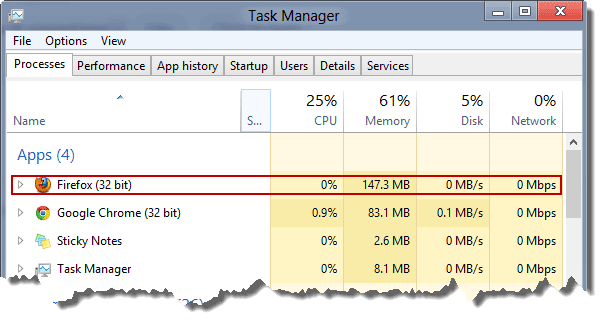 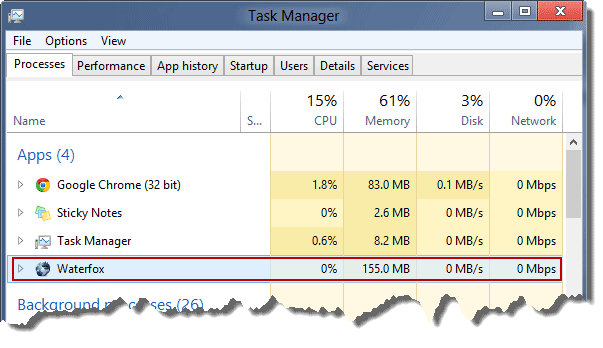 Firefox 64 Bit or Waterfox consumes more memory than Firefox 32 bit for same number of tabs with same webpages. In screenshot, the difference is less but when I tried with some more tabs, memory usage tends to increase significantly in WaterFox / Firefox 64 Bit.

What about Addons For Firefox 64 Bit?

As it is a variant of Firefox, all addons work seamlessly on Waterfox while some others like Flash, Java and SilverLight can be downloaded from Waterfox itself.

Also, WaterFox uses same profile as Firefox installed on current OS. So, all bookmarks and URL Visited History you get on WaterFox without making any extra settings. But beware, when you uninstall Waterfox, do not remove Personal User data as it will wipe out those things.

I tested it on Windows 8 64 Bit running on Intel Core 2 duo clocked at 2.10 GHz and worked impressive enough to make it my default browser (earlier it was Firefox). You can Fix Graphics Problem on Firefox on Windows 8 yourself if faced else it works fine. I would recommend to give it a try once and let us know how was it by commenting below.

How do they differ in terms of memory and CPU usage?

Firefox 64 Bit Memory usage is more than 32 Bit. I have updated the article with screenshot.

Hi Ajay,
Did you RoboForm Passwod Manager? If Yes, then at the moment of writing this comment, RoboForm Lite v2.1.0 if working absolutely fine on WaterFox 13.0
Personally, I was using LastPass on Firefox and had no compatibility issues when I shifted to WaterFox.