Get Pie Control Feature on any Android ROM or Device

Pie control is a popular feature present is Paranoid Android. Earlier to avail this feature it was mandatory to flash Paranoid ROM on your android device. Which might not be possible because as it is not available for all devices. Now you can install Pie Control on any ROM your device is running on.Yes, this even includes Official Stock ROMs. Only thing required is that your device must be rooted. Haven’t rooted your device yet! There are many good reasons to root Android device. In most of the cases you will require Super User access. Considering this as one. 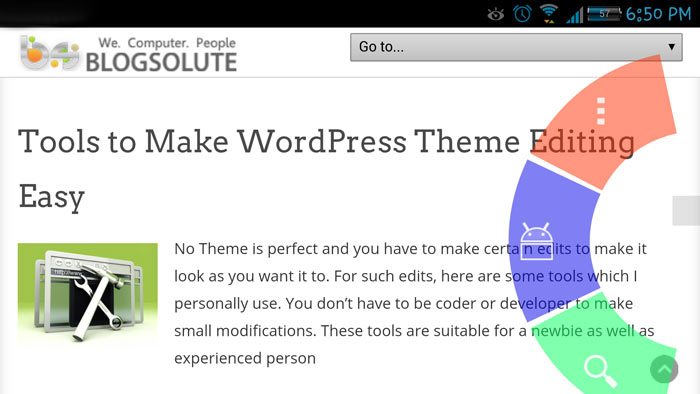 Though the feature resembles, Pie Control is not ported from Paranoid Android. It is a separate standalone app for any Android device running on Froyo 2.2  and above. So, you can spruce your old devices with this app. Lets see the features this app has to offer.

This is the initial release and hence few controls available are Home, Back, Menu, Volume Up, Volume Down, Power Off, Play Store, Search and Pie Settings. Over time we might see more addition to the list. 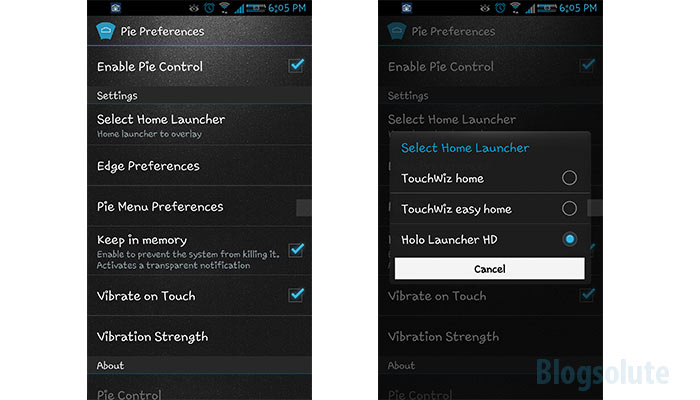 Before you can use Pie Control properly, you need to set it up. From the Pie Control settings select the Launcher you want to attach it with. This option is necessary if you have multiple launchers installed on your device like Holo, Stock Launcher, Go Launcher etc. It works with all the launchers but you need to attach it with the one being used.

Once done customize the triggers, the Pie Control pops up when you press these triggers. Keep the trigger short and broad so that it recognizes the touch. Initially, I was trying with thin trigger and was facing difficulty in bringing it up. 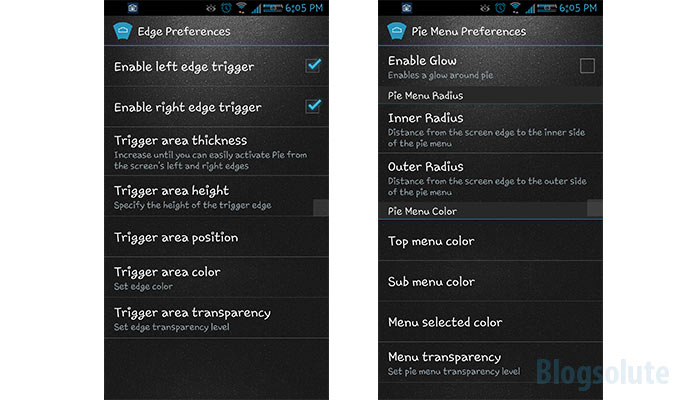 Color customization is optional, do that according to your taste or with a combo to your wallpaper. Selecting inner and outer radius properly is crucial. It will increase the size of Pie Control. If you do not customize this properly the inside icons might pop out giving an overall bad look.

To give things a final touch, there is an optional glow feature. I didn’t like it much so didn’t use it. Finally select Keep in memory so that your task killer does not close it to free memory. 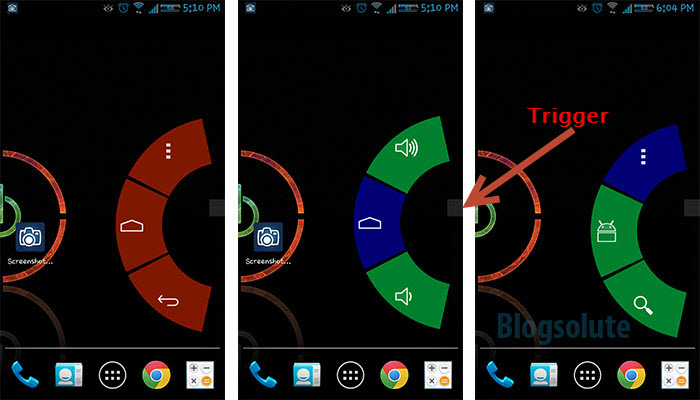 It can be triggered whenever you want and while whatever you are doing. The trigger is always present on top of every thing. Press and hold the trigger to make it pop the control. Select the action you want to perform and it will be done in no time. It’s easy to use and nothing much to think over.

I have tested this app on Galaxy S4 running on stock 4.2.2 based custom ROM. It worked fine with no force close or lag issues. Support for Android Froyo makes it a plus point as many users with old devices can enjoy this app. We have to wait to see the feature inclusions in future versions.

This is a paid app on Google Play but is freely available for XDA Forum members. If you are not already a member, you can become one easily and grab Pie Control for any Android device for free. There is no functionality difference between the free and paid version.

Pie control is not installing in mobile why?