Indian market remains a Rubice cube, which many have attempted to ace. Few did for sure but others had to satisfy themselves with scaling just the lower dip of the Pyramid.  It has been a well set notion that when standing in a queue; most of the status updates are posted. It was one such queue, much to my dismay outside current reservation counter at the Pune station, (For those who don’t know, that could be the longest queue who will ever find yourself prevailed upon to stand in) that I tumbled upon why Twitter has not been run out by Facebook as of yet in this monopolistic market. 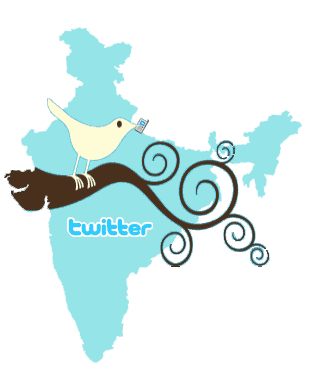 The depth of the thought extended and as the line went ahead, as I started analyzing why Twitter has not made it “huge” in the Indian market as its fierce competitor Facebook.  A question then popped up – “Is Twitter not meant for Indian crowd?”

The answer was like a bolt from the blue. The Business Development VP of Twitter said that “Twitter is not a social network, it’s a place to get fast Instagram views and get your opinion across all social media platforms, rather it is a NEWS network”. (No this is not a TYPO!!) From a certain faraway point, we might just agree to Thaus’ comment, for how many times do we see NEWS update on Facebook.

The comment made it clearer, why Twitter has seen such cold shoulder from the Indian crowd. Marketers’ need to understand and create an inclusive niche reaching out to potential non-users primarily and then assemble its clientele.

Following are the major reasons I noticed why Indian People join Twitter:

The above assumptions then create problems for them to adapt with Twitter. Expectations aren’t met and then conclusion is derived that Twitter isn’t meant for them.

Indian crowd remains social at Facebook, creating new updates with chipped nails, broken stilettos’, lost and won CS and PS and claims its NEWS updates from either Arnab Goswami and his heated debates or  NDTV and AajTak. It has been less of an attempt to receive personalized news feeds, since Twitter is a NEWS network. That might be the reason ‘the bird’ credibility lies at the equator.

Anyways, what’s the reason to use #tags in the author bio? Are comas (,) getting old fashioned?

Coz we Indians are too egoistic to follow someone, that too it suck when that fellow person don’t follows back!! Twiiter us for famous celebs.
Facebook it waay waaay better than that shit.

Good point Tuhin, Egoism is really an issue. Even on Facebook, people these days tend to unfollow if the friend request doesn’t get accepted. It is like- ‘Why should I listen to you when you don’t want to listen to me’ 😉

Twitter isn’t actually for Celebs but you are known there by your tweets.. Once, you start tweeting good, eventually followbacks will start coming.

If there were traditional comma(s) would you have taken the time to remark? No. It is just how you make the difference. May it be by inventing a window in the wall or may be just use # instead 😉

Absolutely Right. Myself use facebook to promote the blog and also be in touch with friends than Twitter.

yeah… actually right… I completely agree with all the points which you have discussed here.. but I think twitter is gaining popularity by overcoming these reasons..

@Saurabh Rai – Then that is what marketing is all about right. A prototype is built and then the product is finalized and launched targeting a particular audience. If the audience accepts it well and good if not, then strategies are framed to make the investment work. That is what is happening with Twitter, new marketing mantras might just make it seep into the virtual life as FB has.