Microsoft said that it would be possible to install metro apps only from App Store. For Developers however, there is way to deploy Metro apps on Windows 8 outside App Store. It is called sideloading which lets you install app package.

Metro apps, when you download from some source (not Windows 8 App Store) will contain some files and folders. These includes- Certificate, App Package, Dependencies (if any), etc.

Extract all the files of app into one folder. You will notice, there is a file called Add-AppDevPackage.ps1 which is tagged as Windows Powershell Script. 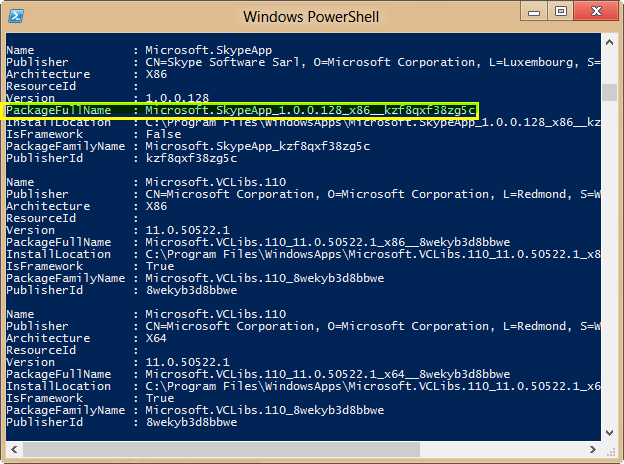 This methodology is made for developers to test application. However, for general user like you and me, it will be useful to install certain app which couldn’t make it to App Store. Following could be situations:

P.S. Dear Microsoft, Apologies for using the word “Metro” Apps. I understand that you already declared to call them “Modern” Apps but myself and readers of this blog are now more used to “Metro”. Never Mind.

Please comment for any problem with the procedure or any confusion.

Metro sounds so much better than Modern

Let Microsoft call it anything, we know it’s Metro 🙂

Where/how You get .appx file for Skype?

Skype is now available in App store, so get that directly.
I just chose Skype as an example to show demo in article.
If you still want .APPX file, you can get it easily by Googling but that version is buggy. Stable one is in App store.

Metro App can be downloaded with IDM with help of fiddler….

how come from IDM